St. Jude, sometimes known as Thaddeus or Lebbaeus, was one of the Twelve Apostles of Jesus Christ. Along with Bartholomew he is credited with being the first to bring Christianity to Armenia before being martyred in Beirut around 65AD (Source: Wikipedia).

In the Roman Catholic Church St. Jude is also the patron saint of lost causes.

Prayers to St. Jude can be found online which include the words, “Pray for me, who am so miserable. Make use, I implore thee, of that particular privilege accorded to thee, to bring visible and speedy help where help was almost despaired of.” (Source: www.ryanhart.org).

Although Boris Johnson is said to have abandoned his Catholicism whilst at school, I wonder whether he offered up his own prayer to St. Jude on Wednesday night. By then it was apparent to almost everyone apart from the man himself that the game was up, and his tenure as Prime Minister was coming to an end.

I suspect no such prayer was forthcoming, St. Jude was not called upon to intercede and Johnson did not therefore have to call his faith into question because any such entreaty went unanswered yesterday. As with many politicians, one of Johnson’s biggest recent failings has been his inability to recognise he was clinging to a lost cause. 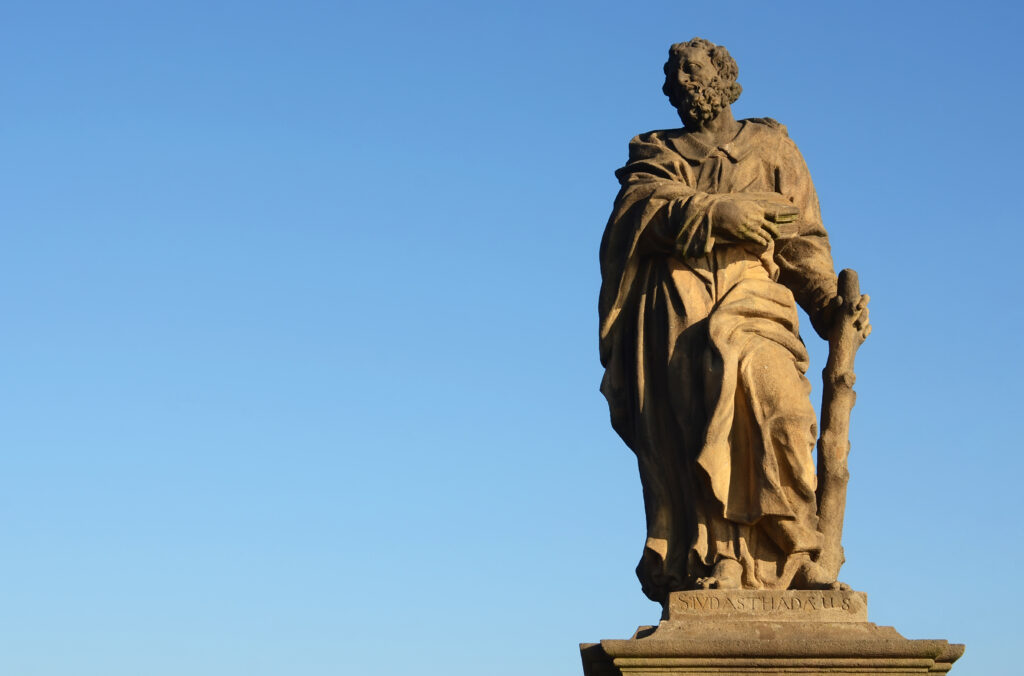 Being able to confront lost causes is an essential attribute in running a business or managing an investment portfolio.

In business, for example, it is critically important to recognise when one is pursuing a potential opportunity that is never likely to convert.

Whether it be because of the size of this opportunity, a personal affinity with the individuals involved, or the time one has already dedicated to developing the relationships, it is easy to persist for too long. This leads to time being wasted that could be dedicated to pursuing other avenues and building the business more rapidly.

This is also true when it comes to investing. It is easy to fall in love with an individual company and to cling on to it for far too long. This is particularly the case with smaller companies that have a seemingly great idea, unique market position, ground-breaking technology or similar.

The temptation to ignore a falling stock price and negative news, clinging to the conviction that “the market’s got it wrong” and your shrewdness will be rewarded eventually, increases over time.

One of the most important disciplines in managing a portfolio is the ability to dispassionately cut the dogs before they inflict significant damage to overall returns.

So if ever one feels the temptation to pray to St. Jude, it’s a sure sign it’s time to make the difficult decision to bite the bullet and move on.