Cuthbert the Caterpillar has butterflies… Arch-rival Colin is claiming he’s a copycaterpillar cake, and his legal team at M&S want Cuthbert banned from the shelves of Aldi. Down at ASDA Clyde’s concerned; in Morrison’s Morris is morose; over at Sainsbury’s Wiggles is worried, and Tesco’s Curly is cowering.

Forget about Bake Off, this clash of the caterpillar clans is the only culinary show in town at the moment, and with Cuthbert taking a 28% slice out of the retail price of Colin, it’s understandable that M&S want to mix it.

Every company has a right to defend its intellectual property, and there’s no doubt that M&S have invested much in Colin over the years. He first arrived on the shelves of their food stores when Margaret Thatcher was Prime Minister, and his appearance has changed little in over 15 years: testament to Colin’s enduring appeal and a cause of the invasion of competitor caterpillars.

Nevertheless, I think the decision of the UK High Street stalwart to send its lawyers after the upstart German discounter is telling, beyond its determination to protect its brands and associated trademarks. One of the first lessons of innovation they teach at business school is that companies should strive to render their best ideas obsolete, rather than basking in the complacency of past successes. 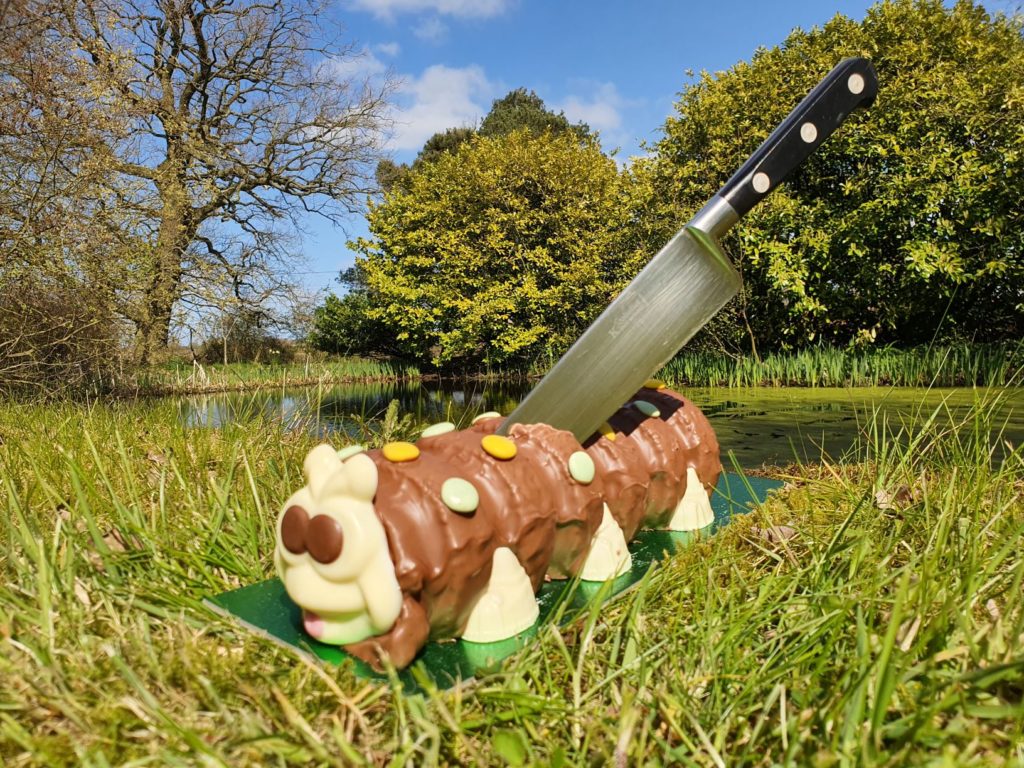 Three thoughts therefore come to mind as I consider this pupae punch-up.

First, along with defending their cake in court, M&S should be taking a long hard look at Colin and his competitors. One way to outflank the opposition would be to reinvent their confectionary chrysalis for the twenty-twenties rather than defending Noughties Colin. While all around are seeking to push their luck with their counterpart Colins, M&S could throw a whole new contemporary caterpillar into the mix.

Secondly, perhaps a more fundamental question needs to be asked by M&S: is Colin past his sell-by date? Is it time for some biodiversity in the bakery aisle? A metamorphosis perhaps. Why not give us Willow the Worm, Dagmar the Dachshund or Santi the Slug to blow the candles out on?

And finally, if Aldi’s marketing team had tried to come up with a campaign to promote either Cuthbert or their price competitiveness, they would surely not have been able to better the recent caterpillar coverage in the press and on social media. I have no evidence to support this, but I can’t help but think a few hitherto Colin loyalists may now be considering checking out Cuthbert.

So, if Cuthbert is ultimately successful in fending off Colin’s attack, that’ll just be the icing on the cake. In many ways he’s already won.