In July 2012 Simon Griffiths spent 50 uninterrupted hours on the toilet. As one of three cofounders of Who Gives A Crap he vowed not to move until he had crowdfunded the AU$50,000 they needed to launch their business. Their story provides some textbook lessons in innovation.

It is a common misperception that innovation necessarily involves coming up with brilliant new ideas: developing a solution to a hitherto unresolved problem or inventing products that address needs customers didn’t even know they had. But this is difficult stuff often requiring huge resources, whether it’s inventing the iPhone or developing a vaccine for Covid-19.

Who Gives A Crap, conversely, is a case study in taking the most basic of products, toilet paper, and reinventing it.

As with so many great businesses, the founders were driven by an underlying mission which was to help build toilets and improve sanitation in the developing world. In their original crowdfunding video Griffiths makes it clear this is where 50% of their profits will go…from Day One. More recently he has written: “Starting Who Gives A Crap was less about making great toilet paper (though we definitely do that), and more about building a company with the sole purpose of doing good.” (Source: WGAC Blog, 13th September 2021) 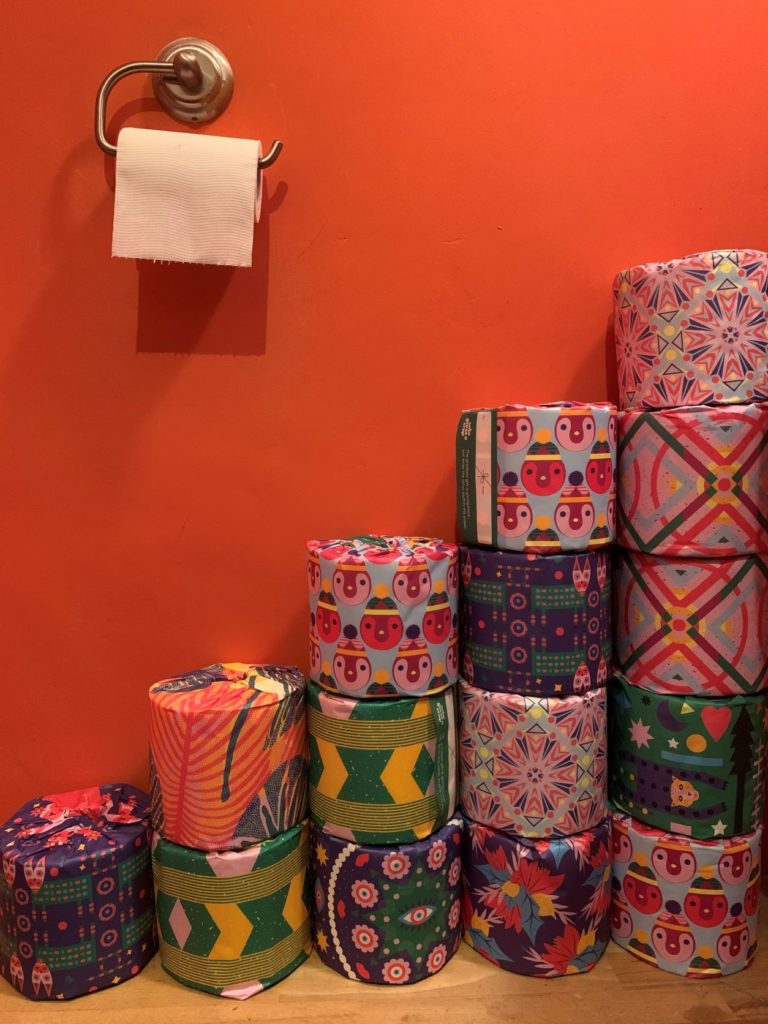 But the road to hell is paved with good intentions, so to crack the market the product needed to deliver.

On this score the company’s toilet rolls are made from either sustainably sourced bamboo or recycled materials, but with no compromise on quality. Moreover, many of the additives involved in the manufacture of competitor products such as dyes and scents have been removed, and each roll comes individually wrapped in paper that looks great and can be reused for gift wrapping.

From a branding perspective the company’s name speaks to their mission: it’s a question to which the answer is “we do”! But is also delivers the (toilet) humour which is central to the brand’s appeal: as that original crowdfunding video pointed out, Who Gives A Crap offers “1200% more puns” and a low ‘PTR’, or poke-through rate, than the competition.

Sales are mainly online, backed by a lively social media presence, and distribution is therefore primarily direct to consumer.

To summarise, Who Gives A Crap is a company with a silly name, making toilet paper out of bamboo and recycled stuff, individually wrapped to make it look cool and distributed direct to consumers…and they give away half their money.

Five good reasons why an incumbent might expect them to fail.

So how successful has Who Gives A Crap been? Finding financial information on the business is not easy, but in August last year the company disclosed it was donating AU$2.5 million (c.£1.3 million) to their non-profit partners. And that’s the point: they want to be measured not by the profit they’ve made but by what they’ve given away.

Bottom line…they’re on a roll!