The success of England’s Lionesses in the UEFA Women’s Championship has brought a smile to the faces of many, and for a range of different reasons. But it also shows how a lack of vision and long-term thinking can lead to missed opportunities.

As a relative latecomer to the women’s game – I only watched England’s semi-final and final – it was easy for me to carry many misconceptions of the game with me to my sofa on Sunday afternoon.

Anyone who thinks women’s football is a relatively new phenomenon needs to be aware of just one team: Dick, Kerr Ladies. A factory team from Preston formed in the 1890s, they returned from a tour of France in 1920 to play a match against St. Helen’s Ladies at Goodison Park on Boxing Day in front of a capacity crowd of 53,000.

Then, the following year the FA introduced its infamous ban on the use of members’ grounds for women’s matches. The FA Consultative Committee’s ruling stated, “Complaints having been made as to football being played by women, Council felt impelled to express the strong opinion that the game of football is quite unsuitable for females and should not be encouraged.” (Source: The Guardian)

It took 48 years for the Women’s Football Association to be formed in 1969, and for the FA to lift its ban two years later.

The 1999 FIFA Women’s World Cup in the USA marked a step change in the development of the game, with the Final between the host nation and China attracting a crowd of 90,000. The USA won 5-4 on penalties.

In England the Women’s Super League was formed in 2010 with eight clubs, marking a further development in the professionalisation of the game. 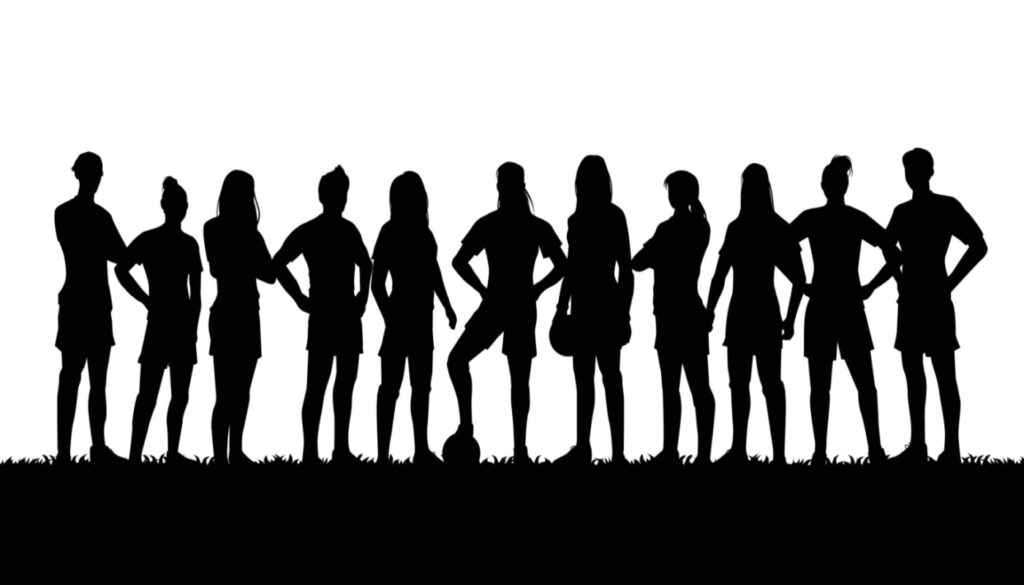 For all this, it could still be argued there has been nothing inevitable about the explosion in the success of the game exemplified by the recent UEFA European Championship. Attendance at the last final in 2017 was 28,182, down from 41,301 for the final of the previous tournament in 2013.

But paying too much attention to these statistics is to ignore the long-term trends. You don’t need a crystal ball to anticipate the growth in the women’s game. It is perhaps striking, therefore, that in 2018 some of England’s biggest clubs passed up the opportunity to bid to host the matches that paved the way for the Lionesses’ triumph this year. Instead, it fell to the likes of Milton Keynes, Rotherham and Wigan to serve as venues for the tournament.

So, while we can celebrate the fact that seven of the ten best attended matches in the competition’s history have taken place over the last month, we can also consider what might have been had some of the country’s larger clubs had a little more commercial acumen and exhibited slightly more strategic vision. And from this I think all businesses can learn a lesson about the importance of focusing on long-term trends and not short-term statistics to drive enduring competitive success.

But I think the last word should go to Alice Kell, Captain of Dick, Kerr Ladies, who in 1921 simply said, “We girls play football in a proper spirit. We do not retaliate if we are bowled over, and we show no fits of temper. We are all simply amazed at the action of the authorities in placing a ban upon the sport we love…”