As I sat in front of the 10 O’clock News on Monday evening it felt as if I was watching the last vestiges of the legendary, and perhaps mythical, British stoicism melting away and then evaporating in the heat. As the BBC went into Heatwave Hyperbole Overdrive the various news pieces became increasingly shrill and ridiculous.

It didn’t begin well, when a serious-sounding correspondent opened her report with the words, “Here in London where we know it is just after ten o’clock…” Well it would be wouldn’t it: you’re on the 10 O’clock News!

A brief interview with a Primary School teacher talking about the benefits of outdoor learning in the shade, was followed by a piece from a care home in Barnsley which had experienced a “high demand for salads” among its residents.

Moving to St. Helier Hospital, we learnt that patients had been provided with extra drinks, “with ice cubes in”.

Good news for a lady in the maternity ward of another hospital, who had taken her own fan with her when she went into labour so her husband could “hold it close to her face” while she was giving birth.

At a zoo, I forget where, staff had “made the polar bears their number one priority”, while Network Rail warned members of the public “not to go to the seaside by train tomorrow”.

Lest we forget, we were reminded that this week was the first time ever that the Met Office had issued a red weather warning for heat since the new system was introduced…in 2021.

We were also shown an aerial shot evidencing the “parched landscape”, but you didn’t need to be a farmer to spot it was an area of corn and stubble fields, which look pretty much like this every July. 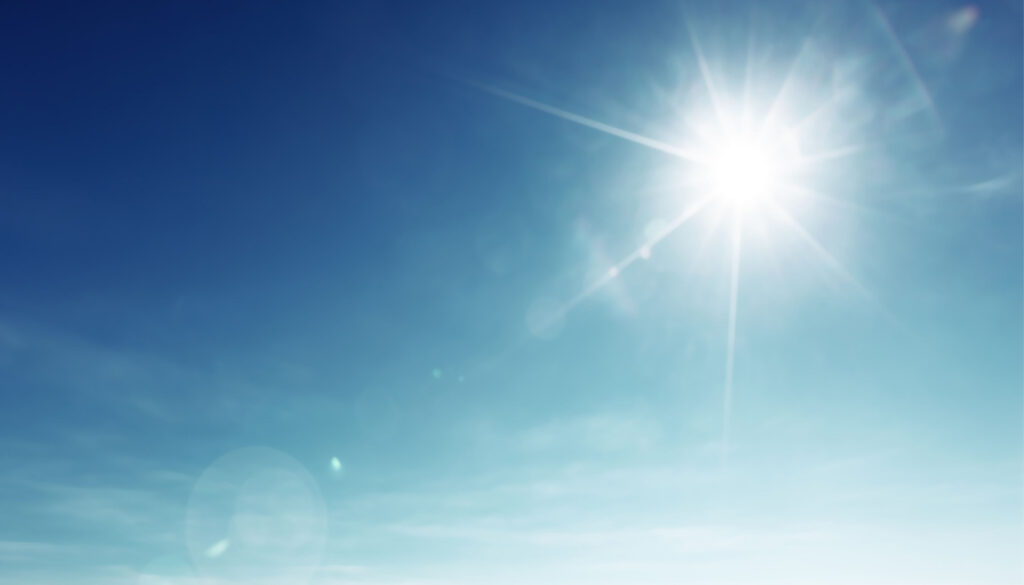 “So what?” I hear you ask… “Why is the Garrulous Jay turning into the Ranting Rook this week?”

The answer is that I think this is a textbook example of the media accentuating people’s concerns about an event with hyperbolic and excessive reporting. From time to time one can see the same in evidence when we experience extreme economic and stock market conditions.

This is in no way to diminish the horrendous effects felt by some at the hands of the weather over the last few days, but in the case of economic and market turmoil the potential to induce panic leading people into making poor investment decisions can be particularly dangerous.

At such times, therefore, investors of a nervous disposition should call to mind the words of the theme song to the BBC children’s TV series Why Don’t You, and “just switch off your television set and go out and do something less boring instead”!