Mission accomplished! The Norfolk Fellaton completed their nine day Odyssey from Land’s End to John O’Groats at 4.50pm on Sunday and, after succumbing to a virulent case of FOMO, their team sponsor was there to witness them reaching the finishing post.

Their combined age of 309 years paled into insignificance compared to the total distance covered of 961 miles, and an aggregate ascent of 55,400 feet: that’s getting on for two Mount Everests!

Perhaps more importantly, though, they smashed their fundraising target of £25,000, with a total raised to date of £44,299. So if you’re reading this and you’ve been thinking about putting your hand in your pocket but haven’t yet done so now is the time: https://uk.virginmoneygiving.com/Team/TheFellaton1.

Much of the credit for their achievement must go to the chief planner of the event, Ed Masters. Once he and a couple of his friends had conceived the idea – in not entirely sober circumstances – they needed to find a bunch of other monkeys naive, foolish and old enough not to show them up to join them. Perhaps being based in the agricultural flatlands of Norfolk made this easier than they had expected. 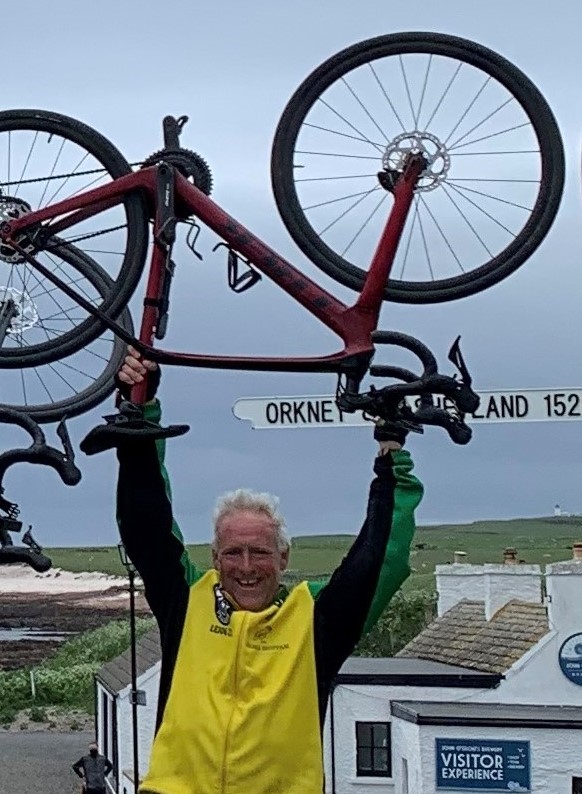 What followed were months of preparation: kit selection, route planning, accommodation booking, social media activity and relentless training, with different team members adopting different roles. There were hours spent in front of the television on exercise bikes when the weather was too inhospitable to train outside in January and February.

Critically there was Ed’s shrewd selection of ex-military man Tobin, as Team Sherpa, to drive their back-up van and keep them fed and watered while they were on the road. 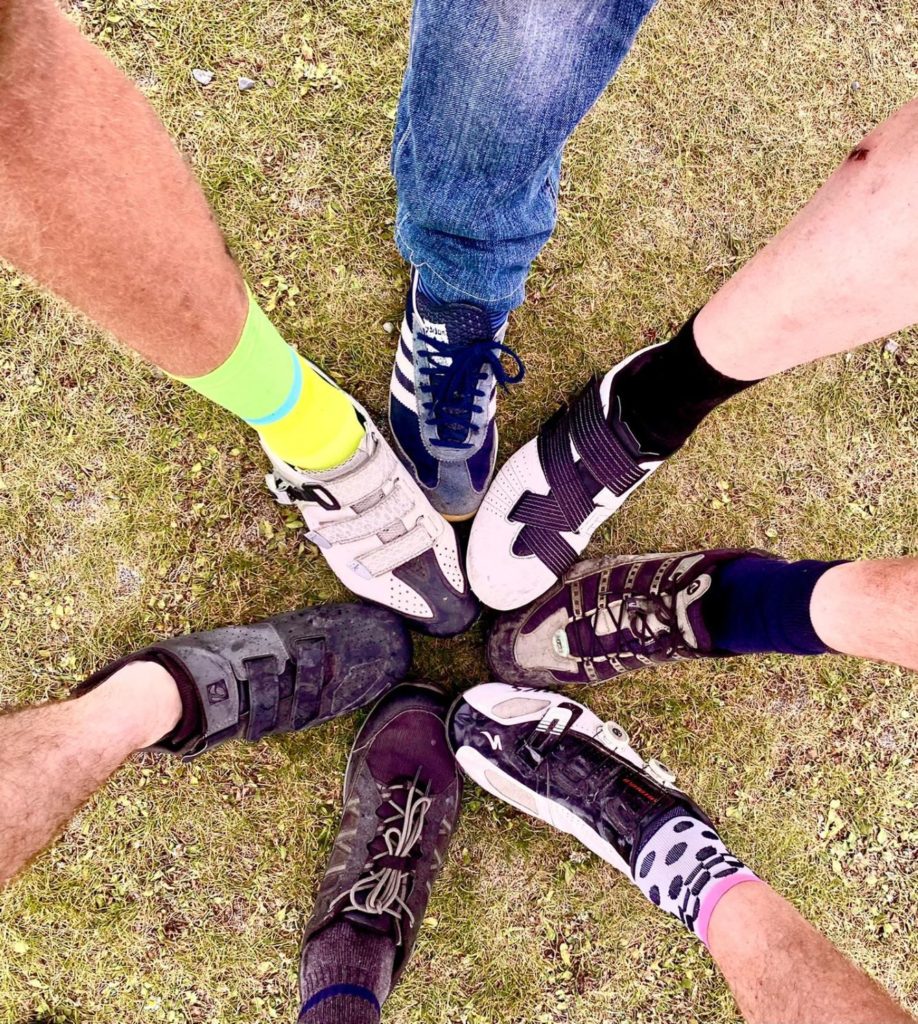 In the two days I spent with the Fellaton I witnessed remarkable team spirit and togetherness. There were no left-behind stragglers in the Fellaton such as they witnessed in at least one other group along the way. And ‘Planner to the Apes’, Ed, kept a pretty low profile. But you could sense the respect that the group had for him from his nickname: “Spreadsheet”.

And when it was all over and the Fellaton returned to Norfolk that wasn’t the end of it for Ed. Even then he went to the trouble of posting each other member of the team a photo the following day (see above). There were ostensibly no leaders in The Fellaton and as Ed put it himself, “it just needed someone to sort of pull it all together”. Maybe true, but I think there is a lesson in leadership in the modesty of that statement alone.