At George Shippam Financial Planning we are delighted to be sponsoring ‘The Norfolk Fellaton’: six foolhardy souls who have decided to undertake the Tolkeinesque challenge of cycling from Land’s End to John O’Groats in nine days, starting this weekend.

The gentlemen in question are drawn from that deep but narrow gene pool that is the county of Norfolk, so for some of them just travelling to Cornwall will be an adventure to rival Frodo’s journey to Mordor.

Many readers may view the challenge as familiar and therefore unremarkable, but it should be borne in mind that some of our cyclists are of an age to rival Gandalf, but with a fraction of his wisdom. And while they may stand as tall as Ents in stature, they are also as wooden in structure. 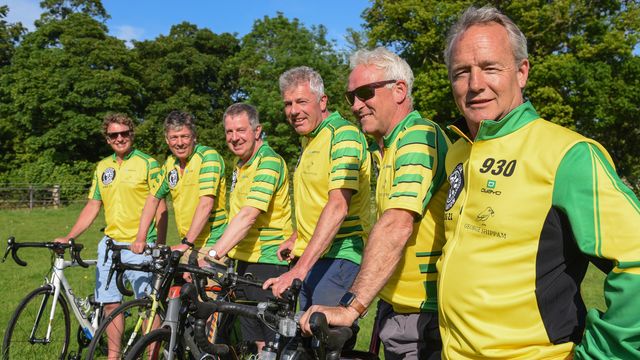 The epic 940 mile route from the tip of Cornwall to the land beyond the Misty Grampian Mountains, will see them face the challenge of unpredictable weather and varied terrain. They will also have to do battle with a mechanical Orc Army under the command of the dark Lord Eddie Stobart and his lieutenants as they journey north.

They will do all this armed with little more than a potentially misplaced sense of fellowship, a bulk purchase of glucose gel and several large tubs of Vaseline.

Ultimately, though, what will drive these latter day Frodo Bagginses and Samwise Gamgees on in their quest is the knowledge that they are raising money for five excellent charities. If you would like to support them you can do so here: https://uk.virginmoneygiving.com/Team/TheFellaton1.

“And what of their rings?”, you may ask… I think the less said the better. Good luck, Fellas!